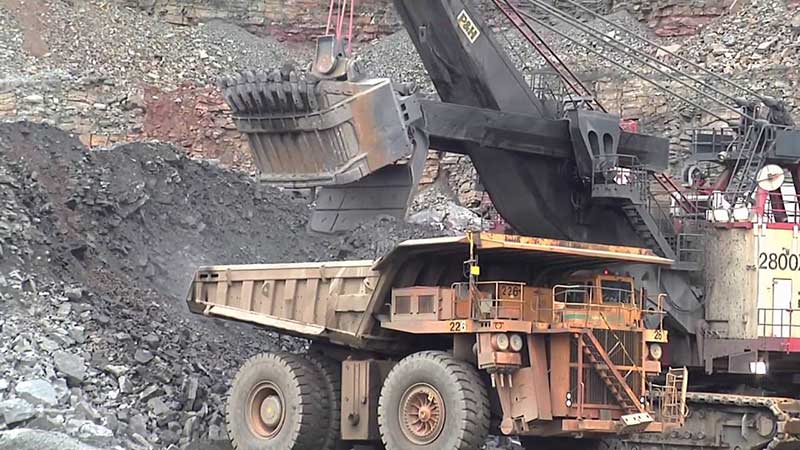 Any big mineral lease improvements may be seen in a partly constructed and beleaguered iron ore mining project in Nashwauk, even though it skipped crucial deadlines over the past year.

On Wednesday, the Minnesota Department of Natural Resources would order the Minnesota Executive Council to accept an amendment amending the mineral leases for Mesabi Metallics, the corporation seeking to turn a Nashwauk site into an iron ore mine, a pellet plant and a hot-briquetted iron plant.

If the deal is accepted by the Executive Council, comprising of Gov. Tim Walz, State Secretary Steve Simon, State Auditor Julie Blaha and Attorney General Keith Ellison, Mesabi Metallics will have until May 1 to complete a variety of conditions for the lease amendments to take effect.

In addition, Essar Global, which began the Nashwauk project in 2008 but stepped away in the middle of bankruptcy in 2015 and is now back in the frame, shall resolve all its Mesabi Metallics debts and equity interest in a DNR trust arrangement.

The mineral lease then establishes a series of benchmarks that the company must reach in the next three years to guarantee that work on the pellet project is finished by June 2024, progress is made on a feasibility report and funding for the HBI facility, and annual royalty payments are provided to the DNR of at least $11.8 million if it achieves those conditions.

However under current leases, Mesabi Metallics has breached several targets, including completion of the pellet plant by the end of 2019 and missing lease and dividend payments. The lack of those deadlines renders it necessary for the DNR to cancel the leases, a move that the department has so far failed to pursue over worries that it will put years back for the project and reopen the permitting phase under another corporation.

Iron Range legislators have encouraged the DNR regularly to do exactly that. Legislators wrote a letter to Gov. Tim Walz in early October, asking him to cancel the leases.

State Rep. Julie Sandstede, DFL-Hibbing, said in an interview with the News Tribune on Monday evening that she and the other members of the Iron Range delegation were stunned and “frustrated” to hear last week that the DNR was discussing a new mineral lease deal with Mesabi Metallics.

Sandstede, whose district covers Nashwauk and the location of the plant, said she was not aware what would cause the organization to obey the conditions of this lease because it had not already met the terms.

Jess Richards, DNR Assistant Commissioner, did not respond to many emailed queries regarding the deal and said further details would be accessible at the meeting of the Executive Council on Wednesday.

Rep. Dave Lislegard, DFL-Aurora, expressed Sandstede’s reservations in an emailed response. He pointed to both Essar and Mesabi Metallics’ broken commitments on the web.

It is impossible to see if much of the same might or will be supported by someone who has followed or been personally impacted by the aftermath left behind from years of false promises. Although tempting, the $12 million payable in this potential offer is not fresh money,”

Cleveland-Cliffs, an iron ore mining and steelmaking firm, already owns a patchwork of land at the Nashwauk site and has lobbied the DNR to let it mine there and operate a pellet factory.

In a previous interview with the News Tribune on Monday, Sandstede and Lislegard proposed that Cliffs could mine the iron ore at the Nashwauk site to feed the processing plant of Hibbing Taconite to prolong its existence beyond 2025, when it is projected to run out of iron ore.

When the transaction closes in December, Cliffs will become the controlling owner and manager of Hibtac via its takeover of ArcelorMittal USA.