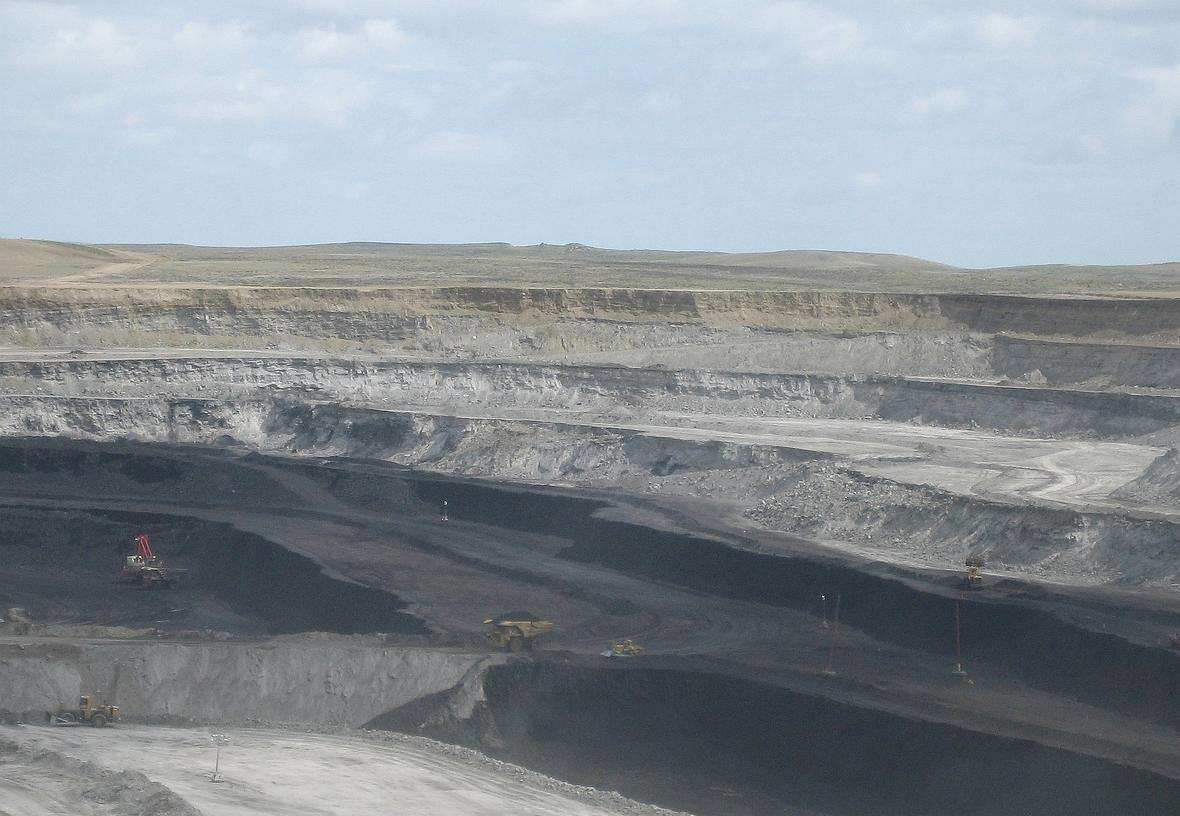 About 300 workers were laid off last week at three Powder River Basin coal mines, adding to a string of bad news for Wyoming’s already struggling coal industry as it responds to deep cuts in demand aggravated by the COVID-19 pandemic.

Coal Company Navajo Transitional Energy Company announced 130 layoffs at its Antelope and Spring Creek mines in the Powder River Basin on Thursday. Seventy-three miners were laid off at Spring Creek Mine, which is located at Southern Montana and employs workers from northern Wyoming. Another 57 employees at the Antelope Mine in Wyoming were laid off.
Leading Coal firm Peabody Energy also announced Thursday it would lay off 170 workers at the nation’s largest producing coal mine, North Antelope Rochelle near Wright.
Both companies cited tough economic conditions and low demand for coal as reasons for reducing their workforces.
“We regret the hardship that this decision creates for families and our communities,” Clark Moseley, CEO of Navajo Transitional Energy Company, stated in a statement. “We’re confident in our projections for future earnings, and all mines will continue operations to fulfill orders as we look forward to better days.”
The layoffs at the North Antelope Rochelle mine mark the third workforce reduction in Wyoming by Peabody Energy this spring. Earlier this month, Peabody Energy laid off three of its employees at the North Antelope Rochelle mine, in addition to letting go of 10 temporary employees at the Rawhide and Caballo mines. Also, in March, the firm let go of 50 temporary workers at its North Antelope Rochelle mine.
“We have made a tough decision to reduce our workforce at the North Antelope Rochelle Mine based on the need to align our workforce with customer needs,” Kemal Williamson, Peabody Energy’s president of U.S. operations, said in a statement. “We know this announcement comes at a time when many are already challenged with circumstances surrounding the current national emergency, and we very much regret the added impact this challenging decision has on employees, their families, and our nearby communities in northeast Wyoming.”
Peabody Energy offered affected employees outplacement services and separation packages.
Wave of losses
Similarly, Buckskin mine owned by Kiewit Corp. reduced its workforce by 60 miners last month. Together, the recent wave of layoffs adds to the increased decline of coal jobs in the Powder River Basin since last year, when the region was rocked by several major bankruptcies in extremely short order.

According to data from the U.S. Mine Safety and Health Administration, total employment and production in the basin’s coal sector have declined steadily since their peak in 2015.
Demand for coal had continued its precipitous drop in the early months of 2020 — with output during the first quarter setting a new two-decade low, data released by the U.S. Energy Information Administration reveals.
Wyoming coal mines produced 54.6 million tons of coal, a sharp 10.8 million ton drop from this time last year. However, the COVID-19 crisis appears to have quickened that decline.
Reports released by the Energy Information Administration earlier this month predicted market conditions would probably worsen later in the year because of decreased energy demand, declines in domestic and global steel production, and overall public health issues, which has created a shocking effect on economies across the world.
Meanwhile, fiscal analysts for the state of Wyoming have predicted declines in coal production ranging between 10 to 20 percent over the next two-year budget cycle due to the COVID-19 pandemic. According to projections released earlier this month, the estimated declines would be equivalent to $35 million to $74 million in lost earnings.
Painful consequences

For Wright, a town deeply dependent on coal and other energy industries, the economic downturn could have devastating consequences, said Mayor Ralph Kingan. The majority of households residing in Wright rely on the nearby coal mines for employment or business.
“We are pretty dependent on coal here,” Kingan said. Oil workers have started to pack up and depart Wright, as employers shut-in wells during a historic low in oil prices.
Similarly, in Gillette, a city surrounded by several of the nation’s largest mines, also stands to sustain blows from the layoffs. Geno Palazzari, communications manager for the city, said workforce reduction such as this “reverberated throughout the community — not only the coal business but any of the extractive industries.”
Dubbed the Energy Capital of the country, the city of 30,000 is a significant hub for the fossil fuels that drive Wyoming’s economy: oil, coal, and natural gas.
“Operating Conditions are very tough today and are exacerbated by the effects of the COVID-19 pandemic as well as the economic shut-down,” explained Travis Deti, executive director of the Wyoming Mining Association. “It is sad and frustrating.”
According to Deti, the response to the Covid-19 outbreak has not been the same across all operators. However, a majority have responded to the outbreak. Measures taken by operators include keeping workers from congregating in high-trafficked areas and screening visitors and vendors with questionnaires.

Operators continue to struggle to find cleaning supplies and sufficient sanitation, along with protective wear, like particulate filters. However, all 16 coal mines in Wyoming have managed to continue working during the pandemic, as industry leaders have encouraged the governor to exclude mining businesses from the state’s public health orders.
When asked on Thursday if Wyoming was ready for the coal industry decline, the governor gave a sobering response.
“I don’t think anyone is ready for the kinds of losses we have seen periodically over the past few years,” Gordon said. “This one is particularly painful because it is driven so much by a complete downward trend in the global economy.”