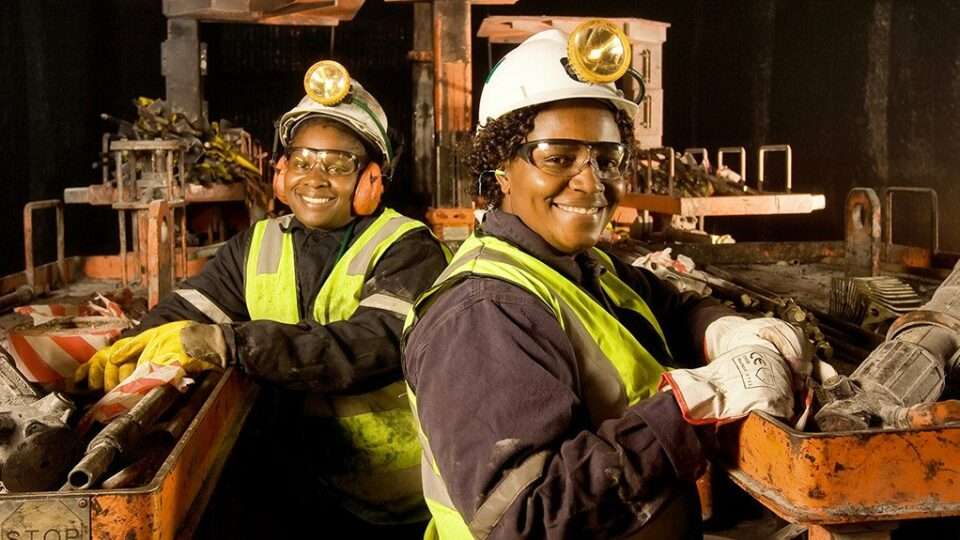 All tiers of mining businesses have a low percentage of female employees. However, the sector still has room to improve female employees’ recruitment, retention, and development. Around 8 to 17 percent of the world’s miners are women.

Mining has one of the steepest drops in female executive positions from entry-level across all sectors examined, on top of the low labor force participation rates. When it comes to senior leadership roles, mining is a laggard among laggards. Only 13% of women hold C-suite positions in mining companies. Not a single one comes from mining among the S&P 500 firms’ 30 female CEOs.

Apart from equality and equity as basic values, research has shown that diversity positively impacts financial and operational performance. According to one data set, diversified teams have safer practices and adhere 11 percent more closely to the production schedule than homogenous ones (67 percent lower total recordable injury frequency). There will be no mining company that can handle today’s expanding problems without a diverse workforce. These include everything from digital and analytics disruption to sustainability and decarbonization. The need to attract and use the skills of a diverse workforce is obvious, and mining firms should be encouraged to hire and invest in more women. Because of this, investors choose businesses that help them accomplish ESG objectives, such as diversity inside the organization and in society at large.

Like anyone else, women are drawn to the mining industry by the diversity of work, professional development and advancement possibilities, and attractive salaries that it provides for the most part. In emerging areas, compensation is crucial in luring people into the business. Mining has one of the most significant gender pay disparities of any sector, with only an estimated 25 percent difference in the United Kingdom. If tenure is considered, women with less tenure (less than five years’ experience) rate growth opportunities higher than women with more remarkable tenure.

The mining industry (together with utilities and energy) tends to draw women, with approximately 40% of entry-level positions being filled by women, despite not being the pack leader. In other words, where does mining go wrong?

Women said they’re quitting or planning to quit the business because the characteristics that first drew them in no longer apply to their current situation. Many women leave the industry because they no longer find it intellectually stimulating and believe that there are fewer career development possibilities for them than their male counterparts. According to interviews with prominent figures, women in mining are often marginalized, especially in technical positions. Male opportunities for operational experience and frontline mentoring are seen as proactive. In contrast, female frontline experience is expected to be obtained “elsewhere” to qualify for higher technical and leadership positions. It’s no secret that women who go back to school to enhance their degree are discouraged from doing so because they believe their hard work and investment in higher education is being wasted. Operational experience is seen as more critical than advanced credentials when it comes to advanced technical and leadership positions. However, women face barriers to obtaining these “stepping stone” operational responsibilities in the same companies as males.

Women are underrepresented in the management ranks of mining corporations. This may be seen in the low number of women in top executive positions. More than 44% of female respondents believed they had not gotten equal chances for advancement; 20% of women across tenures stated that they were not provided the appropriate opportunity for development. According to our research, women, especially those in technical, operational, and executive positions, believe that they are held to more significant standards when it comes to advancement.

Study after study has proven sponsorship’s significance in the development of people of all backgrounds and ethnicities.

In a world where women believe they are being overlooked for such chances, feel like cultural outsiders, and believe progression choices are arbitrary. Maximizing the advantages of sponsorship is critical for women’s professional development.

For Reinsurance And Investments, Hannover Re Pledges Net Zero

Daily desilting of critical importance to mine ponds

In Nashwauk, , Mesabi Metallics a taconite mine developer purchases 3,200 acres