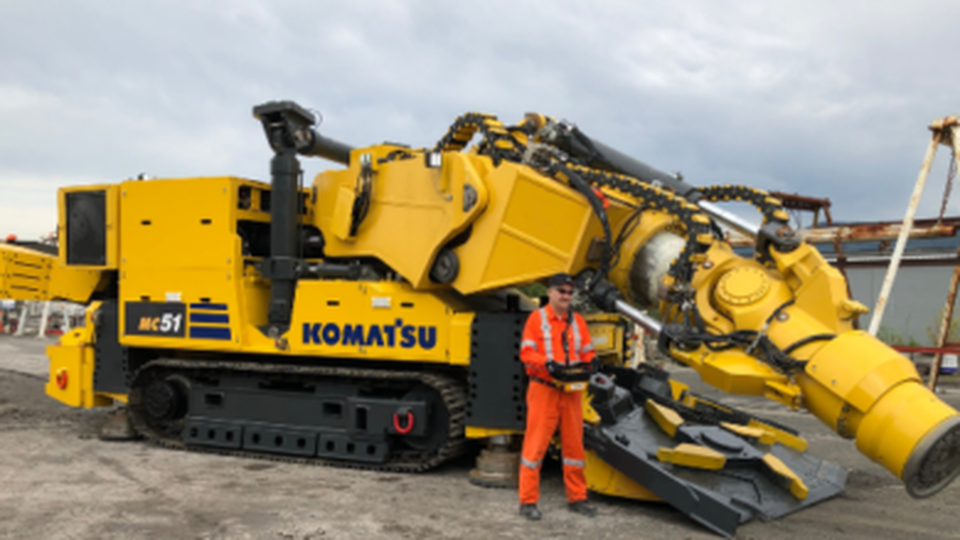 A photo of the Vale’s Komatsu MC51 hard rock cutting machine in the flesh was posted on the employee news hub of Vale Canada, valenews.ca, including some updated information to it.

In February 2020, Charsley, Project Lead and Principal Mining Engineer, Technology & Innovation, and his team decided to partner with Komatsu, one of the world’s largest manufacturers of industrial machinery, to supply machines and operators for a 400 m trial run at Garson. Komatsu designed a series of prototypes and completed the first two commercial mechanical rock excavators for mechanical rock (MREs). In Wollongong, a coastal city in Australia, the Komatsu machines were designed and then successfully tested underground at a nearby Australian mine in the end of 2020. Each unit can be controlled by one person; allows continuous rock excavation. Throughout this prototype trial, technical and engineering support will be on standby to solve problems.

The Vale News report adds that Komatsu’s second machine was shipped in parts to Garson Mine in early 2021 with the success of the test in Australia. It is currently being installed and will be ready by April to cut rock, Charsley said.

The MRE is expected to gradually cut through approximately 3.5 m of rock per move. “The 400 m trial should take about nine to 12 months at that rate, and continue into 2022.” Charsley, who has been with Vale for 20 years, will work with the Garson Operations Team.

The rise of robotics in mining

5G and satellites ushers in a new era of mining!

The importance of partners in mining digital transformation