Phil Christopherson started his professional career with a BS degree in Electrical (Computer) Engineering from the University of Wyoming. His first engineering work was with The Boeing Company designing avionics for the AWACS program and later designing and testing Flight Data Recorder systems (the black box) for the 737 and 757 aircraft.

Phil completed work at Boeing by leading a team to develop and produce the first Air Force airborne fiber optic network. After moving home to Wyoming, he took a position with the University of Wyoming’s Manufacturing Extension program teaching Lean Manufacturing around the state.
Phil further advanced his education with a Masters in Business Administration (MBA), which he put to work in businesses that he have owned and operated.

SMR: Please share us in detail, your educational background, your career path so far and your professional journey, some of the biggest milestones so far.

Phil Christopherson: I am a Wyoming native and have lived in the state most of my life. I hold a degree in Computer Engineering, several certifications and a Master’s in Business Administration (MBA) from the University of Wyoming. After graduating, I moved to Seattle, Washington where I worked as a design engineer and project manager for The Boeing Company on several different military and commercial airplane projects.

In 1999, I was offered a position with the University of Wyoming’s Manufacturing Extension Center (Manufacturing-Works) in Riverton as a field engineer. There, I was very involved with local and statewide economic development efforts and worked closely with manufacturers around the state, providing Lean Manufacturing training and other services.

In June of 2004, I became the Executive Director for IDEA Inc. (the economic development organization for Riverton), where I wrote several grants obtaining over 9 million dollars for business expansion and growth in Fremont County.

I also managed four construction projects that were instrumental in saving two businesses and expanding two others, providing or saving over 120 jobs in Fremont County. In 2007, I was elected to the board of the Wyoming Economic Development Association, in 2008, I became the president of that organization, and in 2010 I was appointed by Governor Mead to the State of Wyoming’s Work Force Council to represent economic development on the council.

In June of 2014, I accepted the position as CEO of Campbell County Economic Development Corporation, and my family and I moved to Gillette. Since then, I have worked on many projects, including the recently opened Wyoming Innovation Center.

Energy Capital Economic Development is a dynamic, evolving organization with a goal of making Campbell County, Wyoming a great place to do business. Campbell County has a wealth of culture, industry, and energy that make it an especially rewarding place to live and work. In Campbell County we capitalize on our abundant natural resources, highly skilled labor, supportive government partners, and friendly business climate to grow economic opportunities and diversify our existing economy.

The company recognize that the primary goal of economic development should be the retention and expansion of existing employers, while also attracting new industries and businesses. Energy Capital Economic Development work to ensure that their businesses have access to skilled labor and that the community’s quality of life is attractive to those looking to relocate.

SMR: Please throw detailed light on the opening of Wyoming Innovation Center (WyIC) in Campbell County, Wyo., a 5,500-square-foot facility that will be home to companies and researchers developing commodities using coal and coal byproducts.

Tenants at WyIC will focus on evaluating the commercial viability of high-value nonfuel, low- or zero-emissions products made from coal and coal by products. In addition, REE/CM projects are looking to extract pivotal rare earth elements found in the fly ash of coal burned at power plants and in the over and under burden of coal seams.

The center, which officially opened on June 14, includes 4,000-square-feet of office, lab and workspace for tenants to utilize, along with a 1,500-square-foot-building that can be used to handle raw materials.

These tenants have access to one of the six half-acre testing sites and one 1-acre site where they can upscale their lab-proven processes from using small amounts to up to several hundred pounds of coal or coal byproducts daily. We had attendees from the local, state and federal level that formally cut the ribbon to officially open the facility.

SMR: What is your take on the work happening at WyIC including a focus on evaluating the commercial viability of high-value nonfuel, low- or zero-emissions products made from coal and extracting pivotal rare earth elements found in the fly ash of coal burned at local power plants. (The U.S. currently depends on China for as much as 97% of its rare earth element sources.) WyIC’s first tenant, the National Energy Technology Laboratory (NETL), will focus on applied research for the production and use of clean energy resources.

Phil Christopherson: Since Wyoming is the nation’s leading coal producer, with more than 165 billion tons of recoverable coal, it is imperative that we better utilize the resources available, especially in a sustainable way. Our focus – evaluating the commercial viability of high-value nonfuel, low- or zero-emissions products made from coal–will allow us to move in that direction. It is also imperative to expand on methods to burn coal cleanly and capture the C02 just as other harmful elements have been successfully captured.

Once we utilize the coal, we can access the rare earth elements that are found in the fly ash. This will allow the U.S. to lessen its dependence on other countries, for the pivotal elements needed for electric vehicles, batteries, magnets, cell phones, laptops and more. The coal found in the Power River Basin already has these elements in the coal seams, so it is just a matter of accessing it.

The state of Wyoming has found itself in the enviable position to reshore the REE mining effort by having some of the largest REE deposits in North America. Located in the northeast part of the state, the Bear-Lodge Deposit, which sits under both federal and privately owned land, is estimated to contain 18 million tons of REE. In addition to the Bear Lodge REE deposit, REEs have been discovered in the vast coal seams that underlie Wyoming.

Wyoming provides about 40% of America’s coal through the mines located in the Powder River Basin. Sixty-five percent of Wyoming’s economy is tied to mining and extractive production, and with close to 5,000 workers with expertise in this field, the state is well placed to also become a leading domestic U.S. supplier of REE. Thanks to efforts underway at the School of Energy Resources (SER) at the University of Wyoming, the day will come when a large portion of REE extraction and processing can take place in North America. 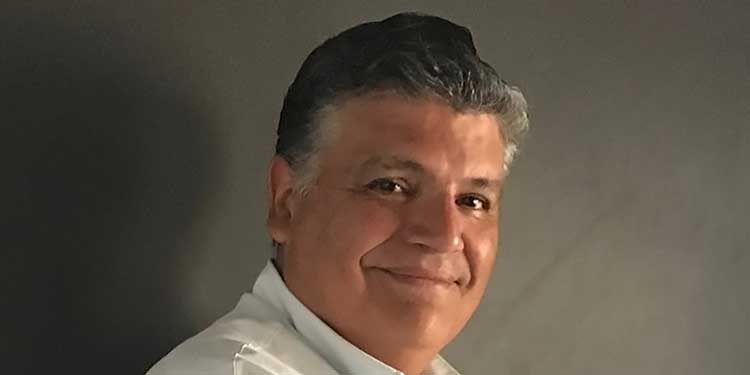 SMR: Tell us more about broader efforts to spur innovation in Carbon Valley, including utilizing its natural resources and mines to grow and sustain jobs and advance beneficial environmental studies. Also tell us how the Wyoming Innovation Center is among several projects that are exploring new options to address the entire life cycle of carbon – including the Wyoming Integrated Test Center (ITC) and the University of Wyoming School of Energy Resources’ CarbonSAFE project?

Phil Christopherson: Several years ago, we saw a shift happening in the world, where the global population wanted to move away from coal, oil and natural gas. Scrubbing mercury, sulfur and other pollutants lead to the popular use of PRB coal as it is the cleanest natural burning coal. Now, due to the increase in CO2 in our atmosphere, we need to scrub that from the exhaust of power plants as well. Until an effective method of scrubbing CO2 is developed, coal will continue to decline as a thermal source of energy.

In Carbon Valley, we are learning optimal ways to keep our planet clean, while diversifying our economy and continuing to utilize some of our most abundant natural resources. One of the solutions was to find alternative uses for coal – something other than burning it – that would utilize the carbon, but not the contaminants.

Finding a research institution with the ability to scale up from a lab to commercial operation was an essential next step. When we determined that nothing like that existed in our region, we decided to create it ourselves. That was the basis for developing the Wyoming Innovation Center; it will serve as a place where researchers can use our resources, contribute to our state and national economy, and find new ways to use coal that are better for our environment.

The Wyoming Integrated Test Center (ITC) is connected to Dry Fork Power Station, owned by Basin Electric Power Cooperative. The ITC is a public-private partnership that brings together government, industry and cooperatives with the shared goal of developing commercially viable uses for CO2 emissions from power plants.

Basin Electric provided the site for the ITC, along with significant in-kind contributions for the design, engineering and construction of the facility. There, when coal is burned in the power plant, it emits CO2 as a byproduct The ITC works to capture those CO2 emissions and funnel it to the test center, where companies can plug directly into the emissions and test alternative ways to use it.

The Wyoming CarbonSAFE project works with the ITC to take the flue gas, made up of ambient air, water vapor and 12.5% carbon dioxide, compress it into a liquid-like state called “supercritical phase” and store it underground, where it can eventually separate back into its original forms of carbon and oxygen over time.

A steel duct connects the Dry Fork plant’s gas flue to the ITC. This project is currently in stage three and is one of 13 original carbon capture, utilization and store sites in the U.S. The three sectors of the Carbon Valley are important to the overall research efforts happening in this coal-rich region of Wyoming.

The research being done here will allow Wyoming and the rest of the U.S. and world to have the knowledge for how we can utilize coal without burning it, if it must be burned, how it can be done in a clean manner, and how those emissions can be reduced or stored safely to allow this industry to remain steady.

Phil Christopherson: My background in engineering has taught me to see problems as an opportunity. Energy Capital Economic Development uses that mindset to work with businesses to help them grow and innovate.

We work closely with Gillette College, the University of Wyoming, community leaders and other economic development entities to diversify the state’s economy. Our Wyoming Innovation Center will support that by allowing coal and mineral-related projects expand to commercialization. We want future projects to grow and build new manufacturing facilities, providing good jobs and bringing new revenue into the region.

To move forward with a project, you must know that tenants will come. For this project, combined strategic partnerships with future tenants, the state of Wyoming, University of Wyoming School of Energy Resources, the city of Gillette and Campbell County ensure that we are moving forward with a facility that will contribute to the overall economic growth of the region.