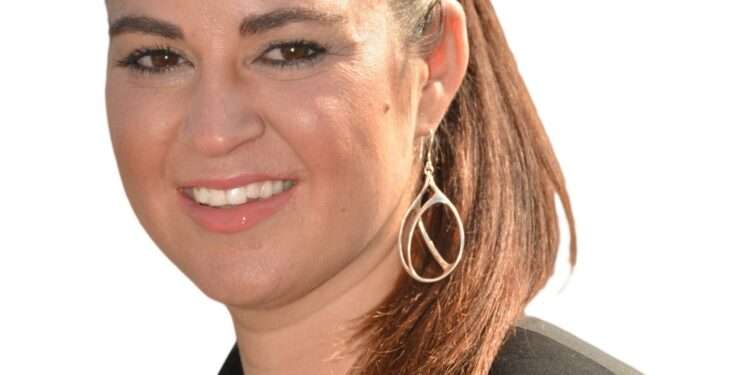 Lara Smith is a Natural resources leader in Business Development/Corporate Advisory/Investor Relations/Corporate Public Relations/Digital and Social Media- based in Tel Aviv-Yafo, Tel Aviv, Israel. She is passionate about commodity markets and seeing companies thrive independent of the commodity cycle. Her company, Core Consultants assists their mining clients in helping them to understand whether their mining project is commercially viable and works with them on their strategy in how to ensure that it becomes a bankable project. Their analysis is completely independent and therefore they are often asked by investment banks to review feasibility studies. From the end-users perspective, Core Consultants assists in sourcing offtake agreements and choosing ethical supply partners.

What are ways in which you feel that COVID-19 has impacted the mining industry and what mechanisms have been put in place to manage the effects of the pandemic?

I would say depending on which aspect one is considering, the impact has been numerous and varied. First, to deal with the effects of COVID, many mines had to go onto 50% capacity in order to implement safe distance measures.
So for a while, many mines were and some still are running on a lower capacity rate which affected not only output but profitability as well. It also added to the uncertainty around supply. Prices initially came down when China was shut over the December-Feb 2020 period, but then as China began to reopen its economy, while the rest of the world was still struggling with their economies to get supply up, prices on the whole improved.
Gold hit an all-time high- a reflection of the uncertainty and the need for a safe haven. This was not all due to COVID, but COVID was certainly a factor. As such many mines especially in South Africa were actually able to use this period to pay back or reduce debt substantially. So now going forward economies around the world need to rebuild and that is going to drive mining- so metals especially is getting a lot of tailwinds right now,

What do you think that the election of Joe Biden as the new US President means for the Mining sector? How will his policies be different from Donald Trump?

They both agreed on the infrastructure need in the US which was always going to be positive for mining, such as copper, iron ore, and steel. Biden has a stronger push towards reducing the carbon footprint and environmental factors. So this means that we will likely see more minor metal exploration projects and a focus on production and procurement.
China has been a strong factor- the hope is that a Biden Presidency would see the end of this trade war between the two nations, which will likely remove this kind of “tit for tat” trade tariffs that we’ve seen. However, COVID highlighted the imperative that nations become self-sufficient so I don’t think that an end of the trade war will reduce North America’s appetite for mining exploration (and I include Canada in this)

What motivated you to introduce the topic of battery minerals and rare earth to the Africa Mining Indaba when you gave a keynote address on critical metals in 2010?

Haha- I started Core in 2009 with around 8000 rands in my bank account and I really wanted to launch my business and I figured Indaba which was one of the largest mining conferences in the world was the place. I couldn’t afford the ticket so that meant I needed a place in the program if I wanted to be part of it. So I looked at the program and noticed that there were no battery metals.
I had covered the battery metal industry quite extensively by then as I had worked as the lead analyst for a company invested in Cobalt and I led a study to consider moving our assets into lithium. When I left to start on my own, I managed to get my foot in the door by producing a book on the lithium market which was published in 2009. So I was very focused on the battery sector and I saw that this could be a way for me to speak at Indaba.

As someone who spent a lot of time in South Africa, what challenges do you think that COVID-19 has posed to South Africa’s mining sector?

I think the one positive aspect with Africa is that we’ve gone through the Ebola crisis, Aids, TB, etc so most of these mines already have safety and hygiene procedures in place and also dedicated clinics, where people can get their ARVs and other basic treatments so if there was a vaccine available these could be effective distribution channels (I do recognize that the Pfizer temperature requirements, however, make using these facilities challenging).
So in many ways, South Africa was more prepared than other mining jurisdictions. However, we face other challenges- mining accounts for a large percentage of the employment in the country both directly and indirectly so to just shut down and isolate is not possible. Our electricity runs on coal- which is supplied locally- so again an example that shutting down is simply not possible. Also as a nation, we are relatively poor so while there is social aid and by comparison to other African countries there’s quite a lot of social aid, we could not afford to have such a large proportion of people out of work.
Then there is the issue of living conditions, around 10% of the country live in informal settlements- where they share accommodation and ablution facilities, they cannot isolate.
So relying on quarantining was never going to be easy from a practical perspective from a cost perspective and from the point of view that mining is critical to the economy. So South African mines had to implement measures and educate their workforce very quickly and then “hope” all while trying to meet the ideals of “zero harm” and this is both the challenge and the tragedy of South Africa.

Is COVID likely to have a major impact on future relations between the mining markets of China and the West?

I think inevitably markets will normalize and market participants will do what is economically best for business.

Briefly, can you discuss the in-depth studies you authored which led to the formation of Core Consultants in 2009?
I authored two in-depth reports – the first was a lithium market study – the outlook for 5 years to 2013. This considered the use of lithium as a battery metal, provided a cost comparison and feasibility of hard rock vs hectorite vs brines and looked at different growth potentials of the various end-user markets.
I think the biggest factor in this report was that at the time there were over 40 lithium players all waiting for the world to start driving electric cars which disappointed big time. The fact that oil was at an all-time high of over $120/bbl really drove the excitement. There were discussions of different business models, some of which don’t exist anymore- like Shai Agassi’s Better Place and it considered a bottom-up analysis of the lithium requirement for each HEV and BV car model. Today these batteries are much more efficient, and they have lower usage requirements and different metals, but at the time no one had modeled this.
The second book was published in 2010-it was an outlook for coking coal until 2020. At the time, like lithium, this market was largely under-analyzed. There was an impending shortage of coking coal due to the infrastructure expansion in China and China was at times using its poorer quality coking coal for thermal uses as both demands for electricity and demand for steel was competing head-on.
As such China was actively looking for renewable energy sources. Germany meanwhile had announced a shutdown of their coking coal facility by 2018 and the Moatize Basin was meant to be the Panacea for coking coal supply if only they could sort out the transportation issues- but we all know now that beyond transportation there were issues with actually mining the ore body and that deposit has since changed ownership and experienced mega-budget cost overruns. Anyway, it was certainly a hot topic at the time

What influence has Brexit and Boris Johnson had on the mining industry in the UK?

Since Brexit, a new coal mine planning was approved- the first coal mine in the country in 30 years in an effort to reignite jobs to the region. Yet at the same time Government has announced that they would be carbon neutral in 2050 and is pushing the green/clean resources, including Batteries, recycling, and anything to do with EVs so we are seeing a definite push from investors in this post-Brexit era.
A lot of the funding is coming from abroad notably in Canada. Definitely seeing interest in both new and disused mine projects- industrial minerals/metals are resurfacing. There have been around 3/4 of mining and resource funds in London that I know of that have recently received funding- around $600-1bn- some of this funding is flowing from impact funding for clean energy and minerals.

What influence has Cyril Ramaphosa’s Presidency had on the mining sector of South Africa?

His presidency I feel would be remembered by the mining sector for “fostering good relations” between the government, the mining sector, and its workers. He has taken investor concerns under advisement and has taken to resolve policy and regulatory issues that have been said to hinder investment.
He has also outlined a plan for a long-term energy procurement strategy for the country. He regards mining as a driving force in job creation for the country ( ~ 500,000 ppl directly employed and contributes 8% of GDP), so many believed that his presidency would be a silver bullet for the mining industry and a chance to right all the wrongs and bring the economy back from the brink. Instead, the mining industry in South Africa attracts relatively little exploration investment compared to other mining jurisdictions and the industry is faced with what many mining participants and investors feel is an endless list of demands to improve worker safety, retain jobs, and foster job growth, contribute to community wellbeing and so the list continues.
Yet South African mining investors still battle with erratic electricity, labor unrest, transport delays, and issues falling head grades in many underground mines, policy issues-all which reduce the attractiveness of South African Mining as an Investment which on the one hand leads to many to question the effectiveness of Ramaphosa’s leadership compared the hope he brought with him, but on the other hand- what can one man do against decades of poor regulation, corruption and mismanagement of our resource endowments causing investors to turn away from South African mining and look to other jurisdictions and/or sectors.