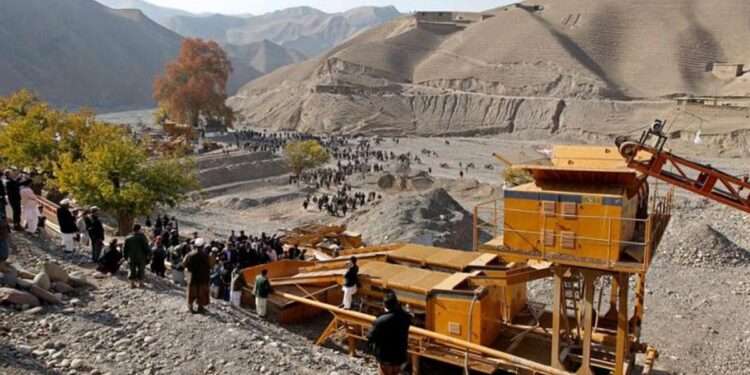 My name is ………………………..from Afghanistan. I am an official government employee that has worked with different Non-Government Organizations (NGOs) in Afghanistan. Now the government has been brought down by the Taliban regime, my family and I are not safe.

Therefore, I want the American government to give me a refugee status to protect my family from conflict and save my life.

I hope you are able to send a humanitarian visa for us. Just after Kabul fell, a message arrived from a fellow mining professional in the heart of Afghanistan requesting refugee status in the US. For his protection, we can’t provide you with this person’s name or specific location. However, we can reveal that he has over ten years of mining, geology, and petroleum engineering experience.

The continuation of entrenched political elites in Afghanistan, which extends to the mining industry, is a sad legacy of decades of internal warfare.

Afghanistan’s substantial mineral reserves, including coal and copper, have been known to the world mining industry for decades. Afghanistan is one of the world’s wealthiest mining areas, with an estimated $3 trillion in undiscovered mineral resources and Rare Earth Elements.

Afghanistan’s mining industry has been marred by anomalies and a lack of transparency in the bidding process and influence-peddling that benefits politically linked mining contract owners. The public-private sector process is saturated with unmet legal, and contractual obligations and significant income loss for the government.

Afghanistan’s copper resource is estimated to be around 30 million tonnes, according to a 2019 study by the Ministry of Mines and Petroleum. Compared to mineral-rich Africa, this country’s iron ore, talc, lithium, uranium, gold, and precious stones reserves are mainly unexplored and underutilized oil and gas.

Despite provisions in the Mineral Law of 2010 and its 2014 amendment, relevant government agencies have mostly failed to supervise and supervise the mining industry effectively.

Northern Afghanistan has 1.95 billion barrels of undiscovered recoverable crude oil reserves and natural gas reserves above 16.2 trillion cubic feet, according to the Afghan Ministry of Mines and Petroleum in 2011.]

Mining Jobs In India: Watch out for this new career opportunity in 2022

Only hours after the Taliban overran the country, reportedly a Chinese foreign ministry spokesperson claimed Beijing was ready for “friendly cooperation with Afghanistan.” China has maintained communication with the Afghan Taliban and has played a public role in supporting the Afghan issue’s political resolution.

Russia has stated that its diplomatic post would stay open, and it has expressed its gratitude to the new leadership. Within 48 hours following the capture, Ambassador Dmitry Zhirnov met with a Taliban representative and claimed he had seen no indication of retaliation or bloodshed.

The mining industry has been a source of contention in Afghanistan’s development discourse, infused with vehement patriotic rhetoric, presumably to deter a takeover of the country; instead of attracting foreign private investors to the country’s vast natural resources, wide opinion says leadership should use the country’s rich resources to offer chances for domestic investors and Afghan companies. In essence, the world sees the Afghan government and its people on the one hand in a state of turmoil and uncertainty. On the other hand, the Taliban have yet to declare their intentions for the enormous natural riches and those who exploit them. However, in the thick of it all is our fellow miner, who passively speaks for the estimated 10 million mines in Afghanistan and the millions of other mining professionals in the area who have no voice.

This series of events could present the possibility of changing and improving the availability of easily exploited mineral resources.

The potential of removing political elites who exploit weak and corrupt government institutions stands before the incoming government.

If you find our friend’s message unsettling and a little unsettling, you should. What about him? This publication has opted to contact the US State Department and pass his request to the appropriate authorities…and hope for the best.