With soaring demand for electric vehicles (EVs), the Li-ion EV battery sector is now a US$ 39.41 Billion dollar industry. High demand in the EV sectors resulted in Asia becoming the hotbed for innovation and manufacturing batteries.

The largest battery manufacturers are from the Asian continent, concentrated in China, Japan, and South Korea. As Western countries speed up, new players are expected to rise.

Let’s discuss all these top EV battery manufacturers in detail.

A Japanese multinational company is involved in the supplies of battery cells for hybrid, plug-in hybrid, and full-electric vehicles. The company is a key supplier to most of the U.S companies and the sole maker of more advanced Tesla batteries.

The largest battery manufacturers from Japan are well known for their efficiency and performance. Currently, the company holds a 17.4 percent market share in EV battery manufacturing with an installed capacity of 36.1 GWh.

Panasonic revealed that they are planning to invest 80 billion yen ($705 million) to ramp up their production and produce a new lithium-ion battery for Tesla from as early as 2023.

LG Energy Solution (LEGS) is a South Korean company that holds the third largest share in the EV battery market. The company has an installed capacity of 60.2 GWh and boasts a 20.3 percent market share in 2021. LGES has joined hands with GM to open up a new battery plant in the USA with an investment of $2.6 billion.

Their recently launched IPO ensures that LG’s battery firm is more than enough to keep growing its market share and expand business globally. LGES has seen a 2 percent revenue hike this year, and as the global demand for batteries is increasing, the firm is set to increase its capital budget by 58 percent, i.e., 6.3 trillion ‘won.’

Build Your Dreams, BYD is a popular Chinese manufacturing battery and electric vehicle maker. The company launched its revolutionary blade battery using LFP, which has lower energy density, longer shelf-life, is less prone to overheating, and is cheaper. The company mostly sells electric vehicles in the luxury electric sedans segment.

With a market share of about 6.9 percent and a capacity of 26.3GWh, BYD is the fourth largest EV battery manufacturer. Despite the ongoing US and China trade war, the company manages to win multiple electric vehicle projects in the USA.

Toshiba Co and its subsidiaries have made a huge investment in the R & D department for Li-ion batteries and EV technology. The company manufactures high-energy type and high-powered batteries in Niigata Prefecture in Japan. In 2021, Toshiba generated a revenue of $29.58 billion US dollars. 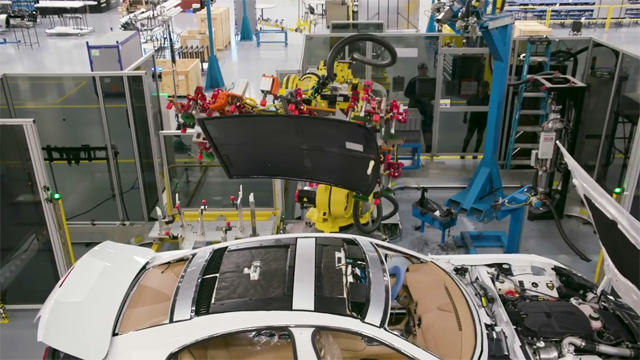 Tesla is a leading battery manufacturing company in the USA. The company has the world’s largest Li-ion manufacturing plant in the world. Started in 2003 by a group of engineers, the company wanted to build electric cars with better performance and greater driving pleasure. After the launch of their EV vehicles, Model S and Model X, Tesla is now at the pinnacles of the automotive industry.

Tesla is planning to set up their Gigafactory in Australia and the USA, the world’s largest dedicated lithium ion battery production. The company’s global EV market share is 14 percent, and it believes that we need to decrease our dependence on fossil fuels for a better future.

SK innovation has served/under contract some popular names in the industry such as Daimler, Ford, Hyundai, and Kia. Between 2016 and 2020, the company has grown by 226 percent and plans to produce 500 GWh by 2030.

Hitachi Limited is a lithium ion battery manufacturing company in Japan. Their R&D department has developed eco-friendly car batteries with long service life, high output, energy density, and reliability. Hitachi engineers currently focus on low-cost batteries for hybrid electric small-sized trucks, buses, and hybrid railway motorcars. The company generated a revenue of 78.85 billion US dollars in 2020 and is projected to generate over 85 billion US dollars this financial year.

Last on our list, we have Johnson Controls, one of the largest Li-ion battery manufacturers in the world from Cork, Ireland. They offer Li-ion batteries for automobile vehicles in categories like passenger vehicles, commercial vehicles, and recreational vehicles. In 2021, the company’s revenue increased by 10 percent to $5.86 billion US dollars.

Without a doubt, the next decade will be a golden era for EV batteries manufacture. In 2020, when there were only 10 million electric vehicles worldwide, experts predict that there could be 145 million electric vehicles by 2030. However, with increasing demand, new startups are sprouting worldwide and capturing the growing EV market with innovative and advanced solutions.

Even though these firms are currently leading the market, there is no denying these new startups can make it to the top 10 EV battery manufacturers sooner than we think.