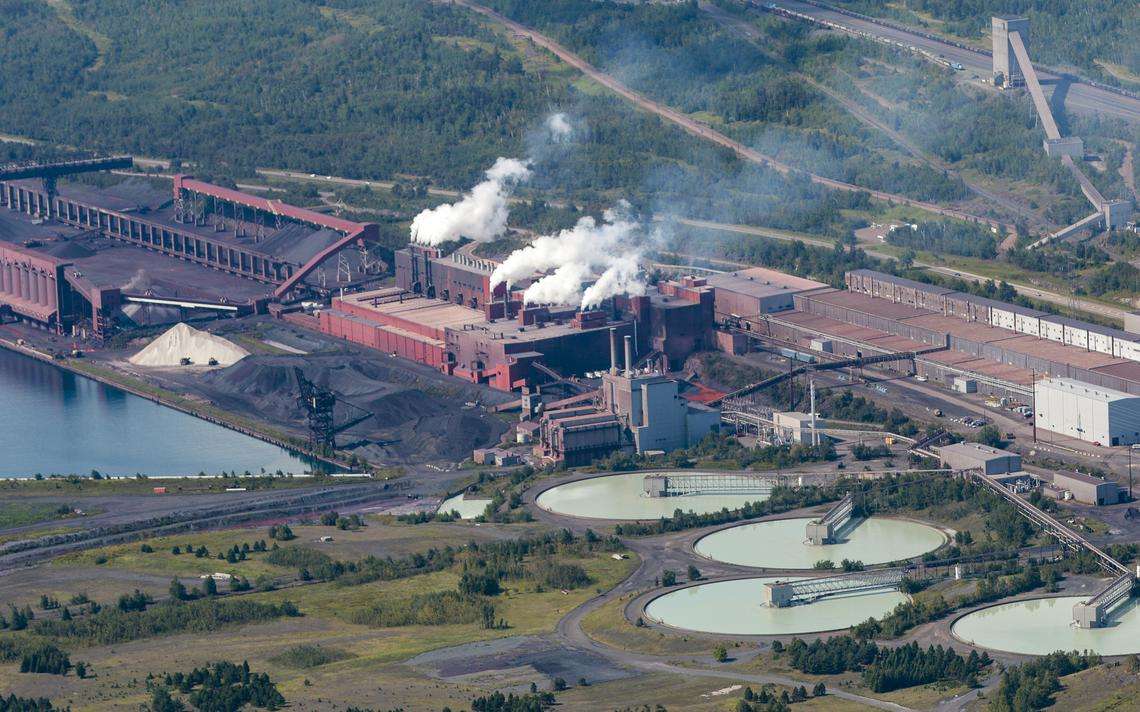 The company has idled Northshore Mining as steel demand declined during the pandemic.

The “Big Three” car manufacturers are preparing to restart manufacturing next week, and Cleveland Cliffs, a major producer of iron ore pellets on the Iron Range, is hopeful steel demand will return with it.

Cliffs idled its Northshore Mining iron mine and pellet plant in Silver Bay and Babbitt in April until August, laying off 470 of its 570 workers, as steel demand dropped as a result of the COVID-19 pandemic and U.S. automakers Ford, General Motors and Fiat Chrysler shuttered plants to help curb the spread of the virus.
With its recent purchase of steelmaker AK Steel, Cliffs is now supplying steel to “virtually all” U.S. car manufacturers, Cliffs President and CEO Lourenco Goncalves said. He said automobile plants are reopening earlier than expected.
“We are going to start seeing numbers normalizing early in June,” Goncalves said of the auto industry in a call announcing first-quarter results Monday morning.
Goncalves said he believes car ownership will increase as people are worried about coronavirus direct exposure from public transportation or rideshare services like Lyft and Uber. He pointed to a CNBC interview of Mike Jackson, the CEO of AutoNation, the nation’s largest auto dealership chain. In the interview, Jackson urged car manufacturers to restart production and said demand for vehicles is returning due to “suppressed demand, the need for personal space, readily available funding at very affordable prices, and it’s entirely appropriate that the factories resume operation.”
“We are going to see renewed interest in car ownership. We are very optimistic,” Goncalves said. However, Tony Barrett, an economics professor at the College of St. Scholastica who follows Minnesota’s iron ore sector, claimed that expectation might be a little bit too optimistic.

Last week, the U.S. insured unemployment rate reached 15.5% as a record 22.6 million people are currently receiving unemployment benefits.
Barrett said he believes the economy will recover at a slower pace.
“Cleveland-Cliffs said they expect consumers to buy cars. I am much more pessimistic,” Barrett said. “I believe more of these furloughed workers are most likely going to become permanent layoffs.”