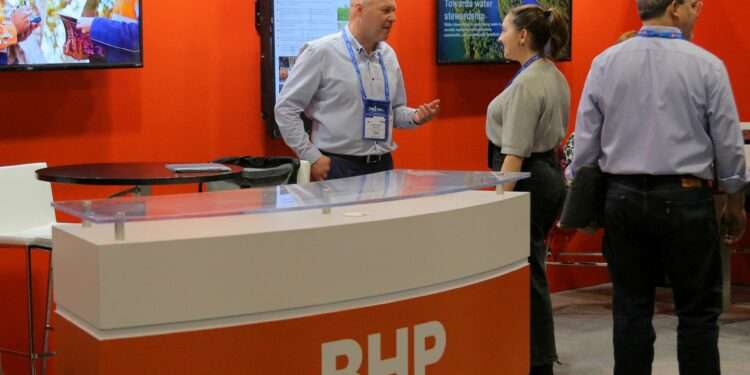 Following the appointment of a 24-year veteran of the multinational miner as managing director of SolGold, BHP’s gamble on Ecuadorian copper will be controlled by a familiar face. The appointment might help to defuse brewing tensions among the ranks of the fledgling exploration business.

Mr. Cuzzubbo was in charge of the Olympic Dam between 2012 and 2015 when the mine had to pivot away from its 2011 aim to become the world’s largest open-pit mining operation.

As SolGold begins to design a course toward mine construction, hiring the BHP veteran might help to defuse tensions between the company and BHP, which holds a 14 percent stake in the pre-revenue explorer, placing it just ahead of Newcrest, which owns a 13.5 percent stake. A public outcry was launched against Mather’s plan for the years 2019 and 2020, in which he wanted to finance the pre-revenue firm with high-cost debt rather than issuing further shares to its cash-rich stockholders. In December 2020, after a shareholder rebellion led by BHP, Newcrest, and other significant shareholders, Mather escaped being voted off the SolGold board. He subsequently resigned as chief executive in early 2021; however, he has kept his membership on the board.

As of November 3, SolGold chairman Liam Twigger accused BHP of working behind the scenes to demand all directors be re-elected, notwithstanding Mather’s departure from his executive post.

Several large shareholders in SolGold, including those who had previously expressed opposition to Mr. Mather’s leadership, have told The Australian Financial Review that, since resigning from his executive position, Mr. Mather has been a constructive and cooperative member of the company’s shareholder register. Following the discovery of a substantial copper and gold possibility at the Cascabel tenement in northern Ecuador by SolGold in 2016. The region saw a flurry of big miners pour into the area, with BHP and Newcrest competing for a cornerstone interest in SolGold in the same year.

The Cascabel tenement has been surrounded by a massive landholding developed by companies controlled by Australia’s wealthiest person, Gina Rinehart, and Chilean copper giant Codelco has also purchased land in the area.