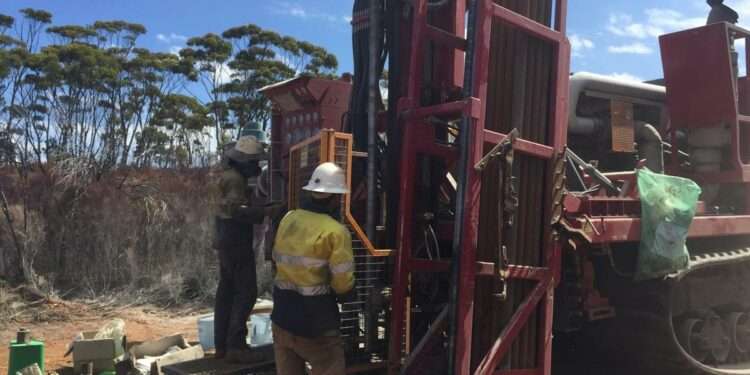 The backbone of the mining industry: mining value chain covers everything from harvesting raw material to delivering goods to consumers. Companies that effectively manage their value chain get a substantial competitive edge while also creating considerable value.

The IMF claims that battery metals may compete with the oil and gas sector under decarbonization policies. Estimates under a Net Zero by 2050 scenario, revenues produced by copper, nickel, cobalt, and lithium businesses would more than double under a Net Zero over the next two decades.

According to the International Monetary Fund’s current World Economic Outlook, with aggressive climate reduction goals, the battery metals complex may produce approximately US$13 trillion in income between now and 2040. In terms of industrial power, it puts the basic metals sector on a par with the oil industry, with the fossil fuel sector as a whole just US$6t short. Fossil fuel businesses made $70 trillion in sales between 1999 and 2018. In contrast, copper, nickel, lithium, and cobalt firms made just $3 trillion in revenue over the same period.

For net-zero emissions to be obtained, the metal output would have to grow six times as fast as it does now. That’s a gain of $12.9 trillion over the next two decades for only four energy transition metals, according to the authors of the IMF study. This goal would rival the value of world oil output in that scenario. The IMF states prices may “hit historical heights for an unprecedented, prolonged time” due to the fast rate of change needed under a Net Zero by 2050 scenario. Along with copper-rich countries like the Democratic Republic of the Congo and Chile, Australia would have a competitive edge in this economic shift as the world’s leading raw lithium producer.

A large part of Australia’s GDP is now derived from iron ore, gold, coal, and natural gas exports.
While worldwide production of energy storage facilities and electric cars increases, battery metal exporters stand to profit significantly from the ambitious International Energy Agency Net-Zero by 2050. That imagined future would see a six-fold increase in lithium and cobalt consumption, a two-fold increase in copper consumption, and a four-fold increase in nickel demand.

The public’s interest in miners and explorers is growing. Poseidon Nickel intends to reopen its Kalgoorlie nickel mine and concentrator, the Black Swan, in Western Australia as soon as possible. Today’s nickel prices are about $19,000/t, almost 250 percent higher than the early 2016 low of $7600/t, and this is a price at which low-cost operations are coming out of storage.
According to Poseidon Nickel, the IMF study shows how the general public is becoming more aware of the need to boost nickel supply. More than 70% of the nickel industry originates from stainless steel, which means the business diversifies from traditional customers. To feed steelmakers in Asia, a small producer like Poseidon has traditionally sold offtake to a more prominent firm like BHP, operating the integrated Nickel West refinery in WA. Refined nickel products are now in demand from battery manufacturers and electric vehicle retailers.

Tesla just negotiated a supply agreement with BHP, Korea’s POSCO purchased a share in the Ravensthorpe nickel mine, and LG secured an offtake agreement with junior Australian Mines.
By April of next year, Poseidon hopes to have completed research on the reactivation of Black Swan, which has been closed since 2008. Questions regarding Black Swan’s future product had come from a broader range of sources than when Panoramic Resources made the switch from developer to manufacturer in the mid-2000s.

Several organizations, including the International Monetary Fund (IMF), have identified supply delays as a danger to the energy transition. Higher pricing is required to encourage the supply of a product or service. The energy transition may be halted or delayed if metal demand rises and supply is sluggish to respond.

In this scenario, prices may increase by as much as 3000% from 2020 levels when renewable energy development reaches its zenith in 2030. As a result, the IMF believes there will be a supply response. The Poseidon nickel sulfide mine is expected to be profitable at current prices or higher. Still, additional production must come from more difficult laterite ore sources, which require the capital-intensive high-pressure acid leach method to extract nickel. Australian miners may be able to increase their share of the battery market by exporting raw materials. As part of the agreement, Pure Battery Technologies will conduct a feasibility study to see whether ore from Poseidon’s operations can be used to feed a planned 50,000tpa precursor cathode active material facility in Kalgoorlie, Western Australia. Selling a higher-value product would allow Australian miners to increase the income they get for their final product by capturing more of the value of the supply chain onshore.